Being entrenched in your guilt is like standing in cement and letting it set around your feet.

Guilt does nothing but lock you into place, keeping you from moving forward.

The only way to combat guilt?

Admit the issue that you are feeling guilty about.

Sounds simple enough, but when you shove something to the back burner over long period of time, you can almost convince yourself the guilt is just part of your daily makeup.

I know a few people who are literally stuck in holding pattern over their feelings of guilt.

The apostle Paul could relate… He struggled with those very two questions (Romans 7:15), even referring to sin as a prison (Romans 7:14) and how we can’t live just by the law.

Because we needed help, Jesus not only settled the score for our sin, He gives us His Spirit to clear the air and set us free to live.

There is no guilt without sin.

Just as there is no fire without an ignition or spark to set it off, guilt doesn’t happen without an action behind it pulling your emotional strings.

Its time to get light, break free from the concrete, address the guilt by figuring out its source, then talking it over with God.

As Edmond did with Aslan in the Lion, the Witch & the Wardrobe, its time to clear the air, deal with the weight caused by our sin, and align ourselves with living free.

Guilt can only keep you captive as long as you refuse to deal with the root behind it.

Uproot it to kick guilt out, and move into the freedom that awaits you.

Its time to take flight again. 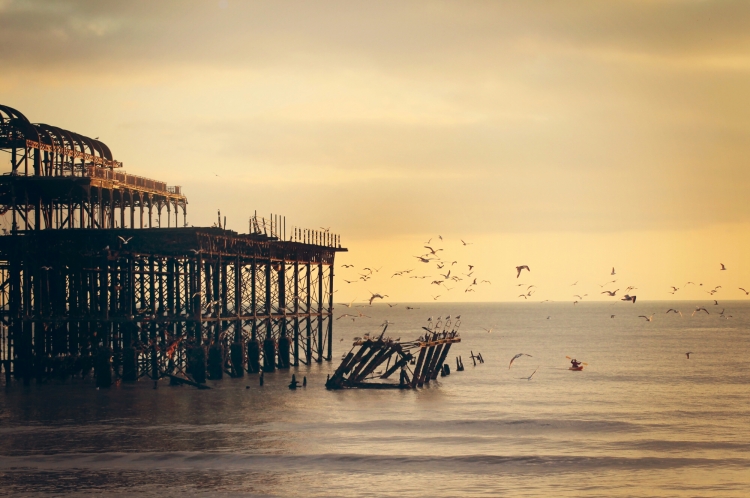