Whenever i read the Christmas story, i am struck by a common theme running through it.
☞The impossible becoming possible.☜

☆A senior couple become pregnant, after the husband loses his ability to speak until what he has been told by an angel fully comes to pass. And when  his son is born and named, his voice is miraculously restored.

☆A virgin is visited by an angel who greets her then declares she is to become pregnant via Holy Spirit invitro with the long awaited, promised Messiah. It happens just as the angel told her it would. .

☆The virgin’s fiance is visited by an angel, who tells him his betrothed has becone pregnant with the Messiah by God himself. He decides to marry her.

☆This pregnant woman safely gives birth in a stable far from home, potentially only having her  husband help her through it.

☆ An angelic choir sings their adoration of the newborn king and invites the lowest statused shepherds to come bend the knee.

☆A star aligns itself perfectly overhead, so that traveling wise men come bearing the perfect gifts for the newborn King.

All of the timing for each of these separate events was amazing, but putting them all together into one story? Only God could come up with such a plan full of possibility!

This Christmas, open your heart to Him, and invite Him into all the areas in which you are only seeing the impossible! Keep your eyes peeled for the God possible He will release within you! 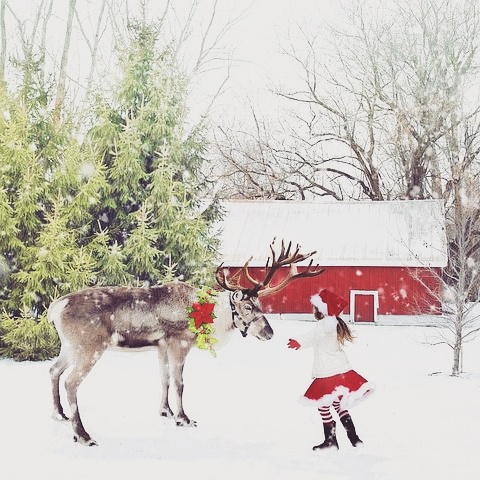