“Jesus sent His twelve harvest hands out with this charge: “Don’t begin by traveling to some far-off place to convert unbelievers. And don’t try to be dramatic by tackling some public enemy. Go to the lost, confused people right here in the neighborhood. Tell them that the kingdom is here. Bring health to the sick. Raise the dead. Touch the untouchables. Kick out the demons. You have been treated generously, so live generously.” Matthew 10:5-8 MSG

When I first met the man who was to become my husband, what attracted me to him wasn’t so much his looks (although I have always found him attractive) or his caring kind personality.

It was his fiery passion for God.

I was not a believer when we met, yet His character through my hubby-to-be captured my attention, despite the fact we only worked together for a brief period of time that summer.

I was slightly in awe of his ability to share about Christ, which carried into our courtship and marriage several years later.

My giftings don’t lie in evangelism like his, and I did not used to be great meeting strangers, so as a newlywed I tended to stay in the background and let hubby share the gospel.

Even though I attended bible college, and love to study and talk about the Word.

Somehow, through learning about our giftings in the church we were attending at the time, I was not encouraged to develop my testimony as evangelism wasn’t high on my list. So my story, so the lie went, wasn’t worth sharing.

Now I have always tried to be kind and pray for my family, extended family, friends, coworkers, pastoral staff… but never initiated sharing the good news with them.

Until after a really hard season in my life when I began to write again.

And Holy Spirit began pulling on my heart strings to share about Him, and how He has been working in and through my life.

Even though I have an incredible desire to travel, I am a homebody who likes to come home to her loved ones every night. I love my neighborhood, and the community we live in.

And this past week, I was challenged to put my salvation testimony on video as a part of any online Christian mentoring program I recently joined, and share it in the safety of a small group of 40 people.

In obedience, I did so. With much fear and trembling, I got it written down and recorded it live on Facebook.

The feedback was not what I expected.

People thanked me for sharing my story of how the Kingdom impacter my life.

And thats when Holy Spirit illuminated the lies I had believed…

Just because I am planted in this neighborhood and not heading around the world to minister does not mean I cannot be used.

God indeed cares that I follow in Jesus’ footsteps, and spread the good news that the Kingdom has come.

He wants me to:

And if necessary, use words.

Check out Covenant Worship’s great song about the #Kingdom:  https://youtu.be/3Am2O6jWeoA 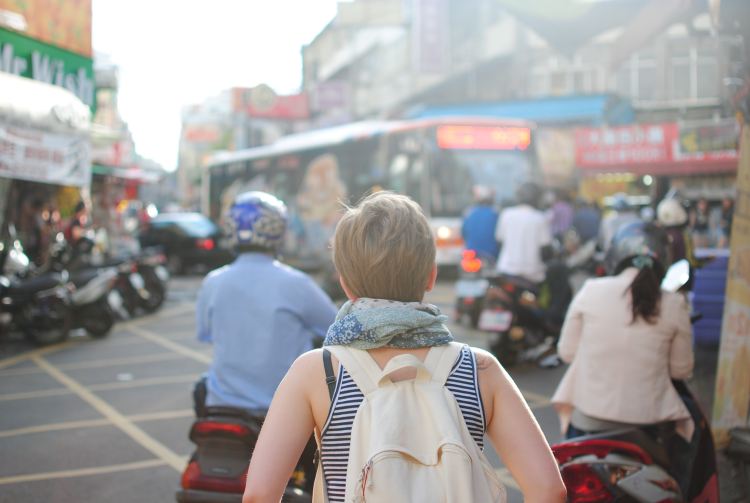