Today, I found myself pondering just how far God will go to show the world His love.

His love led Him to the cross.

It was His love for you and I that held Him there, to pay the price for our sin. The unholy which keeps us from drawing close to God.

That which turning from God to do what we want instead started in the Garden of Eden, with Eve and Adam eating the off limits fruit.

We reap what we sow, don’t we?

And usually, I would say this is the case most of the time.

But not when it comes to God.

God knew we could never pay the price for all our compiled offenses during our collective lifetimes.so He did something about it.

He told us in His Word the signs by which we would know the Messiah had come. And then set out to not only check off each and every promise and sign to prove He is who He says He is, He put His life on the line to prove His love for those He came to rescue.

You and I are included, friend.

So when you come across Jesus’ betrayal by Judas, Peter’s denials, Pilate’s washing His hands, the Priests rejecting their Messiah, His cruel treatment at the hands of the Roman guards, and the verbal abuse not only from the two others bring crucified, bur from the very crowds He had come to rescue?

Don’t rush on by. Take the time to read and feel this part of His Story.

Because Jesus died on that cross for all people, including you, and me.

But tonight, sit at the foot of the cross, and see the love He has for you on His face. Take in how He endured pain, loss, rejection, physical & emotional abuse, exhaustion and death.

How Jesus’ passion for you helped Him stay focused on the long term goal, not the short term situation He knew He would conquer as he followed His Father’s plan.

But more on that as Easter approaches…. 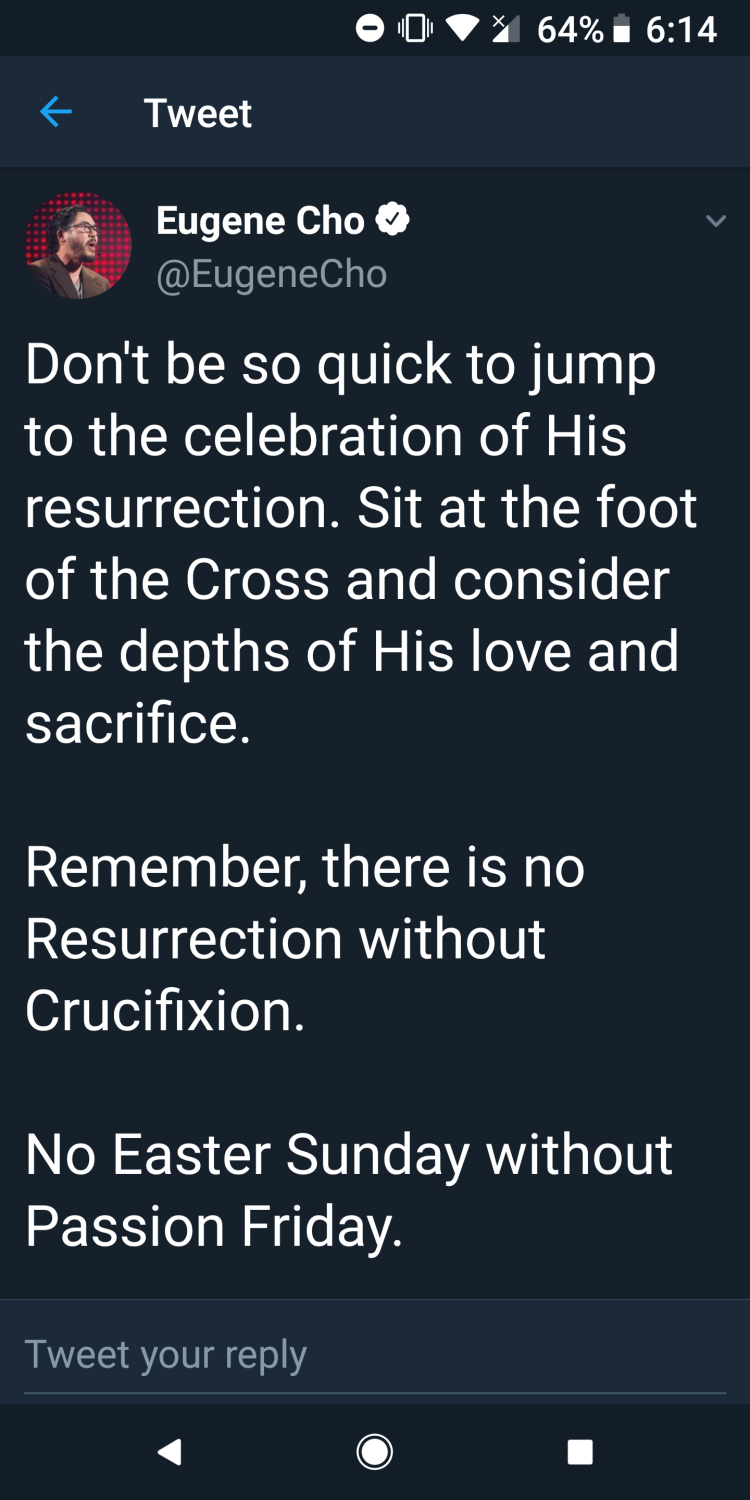